I painted the master bedroom Gobi Desert and the fireplace Toffee Crunch. The inside of all bedroom and hall closets are painted Parchment Paper. 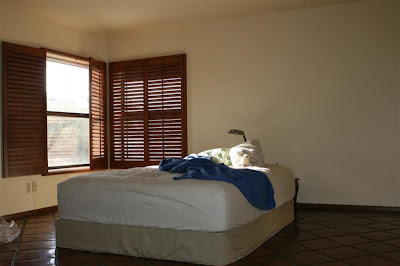 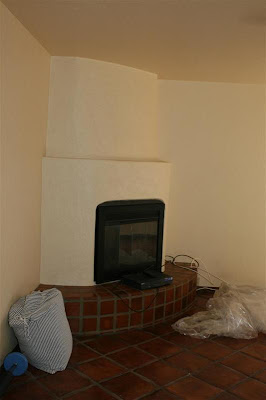 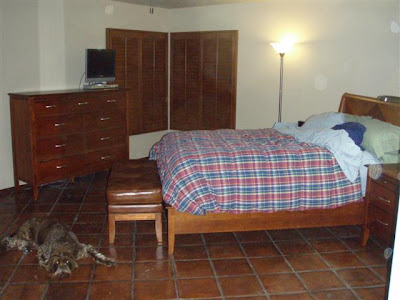 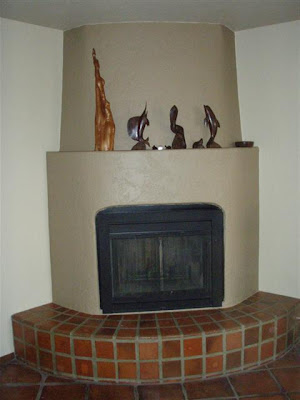 At some point in time I had planned on replacing ALL the door knobs inside and outside with Baldwin wave levers in distressed oil rubbed bronze. I did not plan on doing this now but I stumbled upon a clearance at one Lowes in town that I normally don't go to so I bought everything they had that I needed. The prices were more than half the price I could find on the internet (eg. a $66 deadbolt for $15 ridiculously cheap). Unfortunately the other Lowes in town did not have theirs on sale. In fact one guy was completely shocked at the price I got because the Baldwin stuff is never on clearance or on sale. Basically because it was a clearance the other stores don't have to honor the prices so I will be getting the 3 remaining interior door knob sets from the internet. What does this mean? I unexpectedly spent money on something I had not planned on doing right now and spent time this weekend installing the knobs.

The old knobs consisted of the type found at a bargain basement clearance at the cheapest store in town in 1980 where they couldn't get all to match. Below we have different types and shades of antique brass and shiny chrome. 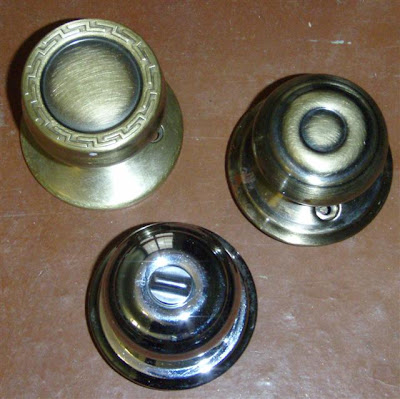 Knobs after: Soo much better and the levers can be operated in both direction and without a hand. 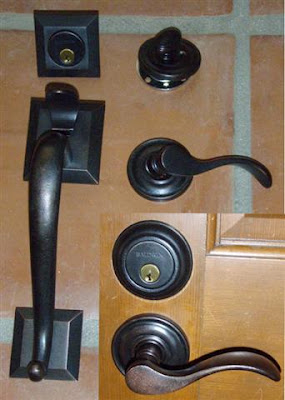 After a vacation hiatus I'm back to work. I hated the fake wood laminate cabinets in the garage. I also hate peg board so that came down. I primed the cabinets and painted them and the posts Rocky Creek. I had a custom metal shop make a 24 gauge galvanized top for the built in workbench. The is another set of built-ins close to the door opening that I'm most likely going to remove completely. This fall when it cools off I'll epoxy coat the garage floor a tan color. 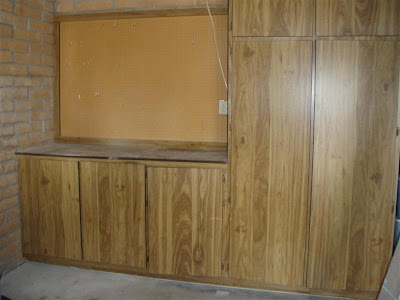 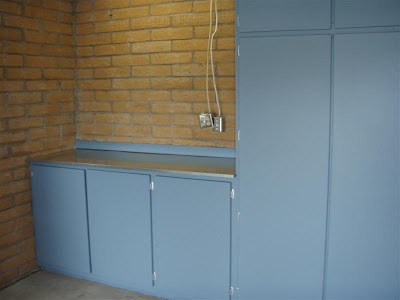 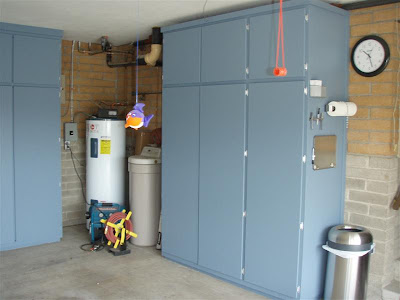 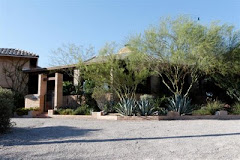